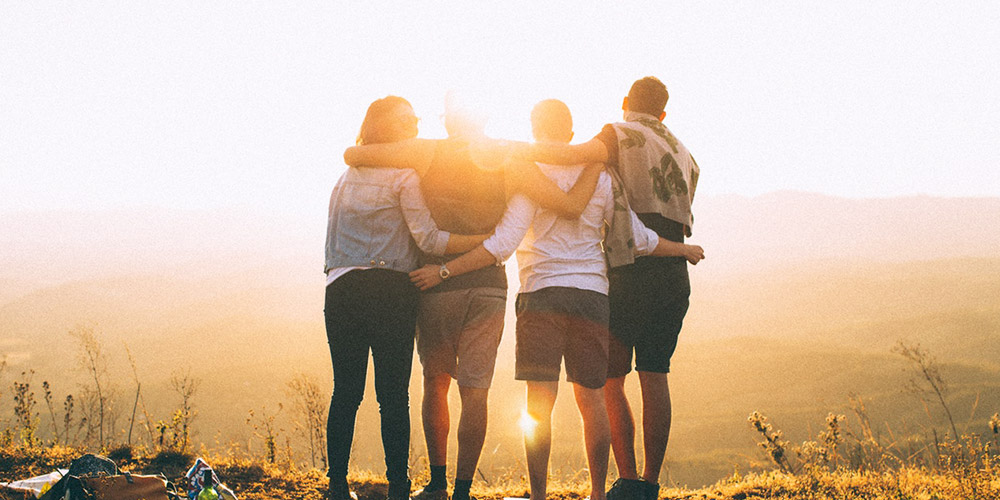 The Sales Director had organised a great conference; the venue was first class, the service excellent and the content of the workshops and presentations very motivational. The only potential “fly in the ointment” was the team-building afternoon which was scheduled to take place outdoors as evidenced by the memo outlining the fact that waterproof jackets, trousers and boots should be brought along to the conference.

The “rumour-mill” was working overtime. “We’re going abseiling.” claimed one sales representative. “No, I have heard it is an orienteering challenge.” claimed another. “That river close by must be in the equation. Maybe there are canoes involved – or even rafts!” Minds were going into over-drive and with the rain starting to fall and the cloud cover starting to not only increase but appear to get lower and lower, a gloom descended both in weather terms and in terms of individuals’ motivation. The bar presented a much better option!

There was a surge of interest in the late eighties and nineties in “outward-bound” type team building exercises involving very challenging physical activities centred around canoes, rafts, abseiling and generally “roughing it”, but there is a lot of anecdotal feedback that this type of the teambuilding tends to support individual development as opposed to actually developing teams.

What is potentially needed are less strenuous outdoor team activities that not only challenge both team and individual but also create experiential learning that participants can take back and apply with their teams in their own work environment. The activities also have to be fun and not induce a fear of one’s personal safety being compromised!

The Sales Director had seen the outdoor management and team task approach done before and was convinced that the “non-arduous” type of outdoor team activity was the way forward. At the pre-event brief, expectations were managed and fears subsided. No, there was no abseiling, rock-climbing, canoeing or orienteering. Instead each sales team had a number of outdoor tasks to achieve in a specific timeframe and each team would be observed by an external coach supported by a “safety-advisor” who knew the tasks “backwards”. Each team would be scored on their planning, decision making, communication and flexibility in their attempts to undertake the various tasks which involved doing a number of things with pipes, cages, ropes, ladders, balls, and an assortment of other implements and structures. The sense of relief around the room was very evident but there was still a sense of “what I am going to learn from this?” around, especially as the rain continued to fall and the darkness closed in!

Why outside? Performing tasks outside has several advantages to performing them indoors. Firstly, it takes the teams out of their work environment and gives them a release from the pressures of the office or the conference room in the hotel. Even the rain and wind can be a refreshing change from the constant ring of the mobile and the dulcet tones of the manager! Secondly, the sheer movement from one location to the next frees up the mind and also releases energy for use both physically and mentally. Finally a good picturesque location can very inspiring and motivational. The great outdoors also gives people space to think and space to move, something which can be severely constricted when attempting to do tasks indoors with large groups of teams.

Our sales teams are now being introduced to the tasks and although there is a great deal of energy and excitement about there are varying degrees of focus and planning appears to be at minimum. All the energies are being used up in the teams “diving” into the first task. Different ideas and opinions are being voiced; some listened to, others ignored. Some people are coming “to the fore”, others starting to become more silent and “slinking” into the background. As they are timed events, the pressure to complete the task rises and voices are raised along with tensions. Frustrations of some become more evident, especially when the “safety adviser” deducts points for several of the task rules and constraints being ignored! Finally the whistle sounds for the end of the first task. There is a sense of relief that it is all over coupled with a sense of “we can do better at the next task!” Others appear to hope that the ground opens up and swallows them!

The coach, as observer, holds a post-task de-brief. They ask the team to do a self-assessment: What did they do well as a team? What didn’t work so well? What are they going to do next time as a result of the learning they have taken from task number one? The coach also gives their own feedback based on their observations of how the team formed, planned, communicated, made decisions, resolved conflict and generally worked together. The teams now move on after the de-brief with an action plan that should ensure they are more cohesive in how they tackle the next task overall.

The lessons learned are heeded and the next task is again taken on with vigour but this time the initial energy is focused in on planning how best they are going to tackle the task. There is more listening, putting forward of ideas and alternatives and better use of their resources is evident. The team have learned from their first experience and are continuing to learn with the support of their coach. After each task a de-brief is held and you can actually feel and see the teams started to gel as they work on each task. The rain is still coming down but nobody is aware of it – they are too focused on the task and on how they are working together. They may actually be enjoying the experience!

Two and a half hours later the fourth and final task is completed and along with the sigh of relief you can detect a real sense of achievement and also of pride in what they have achieved as a team. A final de-brief is held in the bar and the coach summarises the events of the afternoon. What has been achieved in terms of them working more cohesively as a team? How does what happened that afternoon relate to the workplace and how are they going to translate what they learned about themselves and the team into practical strategies that will ensure the team delivers more business for the company? The final act is for the team leader to build an action plan for the team’s development so that the learning from the day is not lost in the “hurly-burly” of the workplace. The team now has a way forward.

From the initial fear and scepticism, the energy evident at the awards ceremony is proof of how “outside team development” can motivate both individuals and teams. Which team won is almost incidental and although the usual “boos” and cheers go up, the feedback indicates that not only was the whole experience fun and enjoyable, important lessons have been learned that will move the sales teams forward in their quest of improved results.

Oh, and despite the rain, the scenery was excellent. And not a canoe in sight!

The above story is a generic one based on a number of similar interventions with pharmaceutical companies. What actually have these companies learned from the experience of ‘outdoor’ development? Feedback from participants indicates that these events can produce the following:

- Greater understanding of each team member and their strengths and development areas.

- Similarly, gaps in capability within the team as a whole can be identified and plans put in place to rectify the capability gaps.

- An increased understanding of team dynamics and processes along with a chance to start to develop the team-working skills that are needed to productively implement team processes.

- A chance to ‘get away from the workplace’ and take time to analyse present team performance and how best the team can move forward and improve productivity.

- An opportunity for the manager to build their leadership and coaching skills.

- An opportunity for teams to air concerns, hopes, fears and ideas.

- Much of the above only occurs when excellent coaching and facilitation takes place during the event. In other words, doing the tasks does not guarantee results alone!

There are, though, downsides to ‘outdoor’ development:

- The weather! If it rains heavily and continuously it can be de-motivating and uncomfortable.

- The tasks should be done in an environment as free from ‘interference’ as possible. Getting teams to manage complex tasks in full view of the kids from the local housing scheme can sometimes be off-putting!

- Similar to every training course if there is no follow up of action plans based on the learning then the chances are that little will change so there is little return on investment. A mechanism of follow up must be agreed.

- Tasks have to be changed and adapted routinely to avoid the danger of participants having perhaps done the same task on a previous programme.

Overall, ‘outdoor’ team development is another intervention that can be added to the Training or Sales Manager’s armamentarium of development interventions. It is one which is innovative, challenging and fun. Provided this type of development is facilitated by a specialist and competent coach, the learning that can be taken about how individuals and teams operate whilst performing the tasks, can be translated into what they need to do to be more productive in the workplace.

A recent participant in this type of event commented: “The early tasks were mentally challenging as opposed to being over-physical. In fact had we not disagreed so much in terms of our planning and our execution they might have been enjoyable! However, the coach enabled us to look at our behaviours and processes and as a result we managed to pull together more productively so that we were much more successful in the remaining tasks. It was also helpful to be able to link what we had achieved into how we could operate more effectively as a sales team back out in the field.”